Tel Aviv is the core of the Israeli real estate market. Demand for apartments in the city is among the highest anywhere in the country, as is the price per meter. Tel Aviv heads the apartment sales table so far this year, and it also heads the building starts table. A deeper look at the real estate map of the city, however, reveals another interesting fact: Tel Aviv real estate centers on Rova 4 (“Quarter 4”), or to be precise, not the entire neighborhood, but an area one and a half kilometers square within it.

The area in question is bounded by Ibn Gabirol Street in the west, Namir Road in the east, Yehuda Hamaccabi Street in the north, and David Hamelech Boulevard in the south. Within that small area, surrounding Kikar Hamedina, are 36% of all the building starts in Tel Aviv in 2021, and about a fifth of all building starts in the city in the past three years. 1,240 deals were carried out in this area in the past year, while prices have risen substantially.

The construction in the area is almost entirely in urban renewal projects under the city’s “Quarters Plan”. People tend to look upon Rova 3 and Rova 4 as a single block, but the urban plans for Rova 4 and neighboring Rova 3 are quite different, and their effects on the city of Tel Aviv are different too.

Rova 3 stretches from the Yarkon River in the north to Bograshov Street, Ben Zion Boulevard and Marmorek Street in the south, and from the sea in the west to Ibn Gabirol Street in the east. Most of the buildings in this area were constructed in the 1930s and 1940s, and they are densely packed together on small plots of land. Most of the buildings with preservation orders in accordance with UNESCO’s designation of the White City, Tel Aviv’s Bauhaus heritage, are in this quarter.

Rova 4 is bounded by Ibn Gabirol Street in the west, the Yarkon River in the north, the Ayalon Highway in the east, and Shaul Hamelech Boulevard in the south. It is larger in area (2,800 dunams versus 2,400 dunams for Rova 3), the plots of land within it are mostly larger too, and construction is more spread out. In fact, it contains fewer buildings than Rova 3.

The consequence is that the number of housing units being constructed in Rova 4 is much larger than in Rova 3, even though on paper the potential for additional units in Rova 3 is greater. To illustrate the point: in the past year, construction has started on 1,917 apartments in Rova 4 (almost 40% of all building starts in Tel Aviv), while in Rova 3 only 281 units have been started (6%).


Therefore, even though Rova 3 is closer to the sea and on paper is more attractive and more expensive, the Tel Aviv market is turning to Rova 4, particularly the area around Kikar Hamedina.

100 projects released at once

“Anyone who wants to see the history of urban renewal in Rova 4 should take a walk down Bloch Street,” says Arie Kamil of Kamil Treshanski Refael, Real Estate Appraisers. “You can see older reinforcement and addition projects there, constructed before the Quarters Plan was approved in 2017 when no permits were issued for demolishing and rebuilding, and you can see newer National Outline Plan 38/2 projects.”

Kamil’s explanation for the current extensive construction in the area under National Outline Plan 38 is the stagnation in the years before the Quarters Plan was approved. “Until the Rova 4 plan was approved, the municipality issued no permits there for demolition and reconstruction, and only allowed additions to existing buildings, such as the projects you see in Bloch Street.

“Since 2017, it has slowly eased the issue of permits. I think that there were about 100 projects in the pipeline then, that were released at one go. It takes about three years to obtain a National Outline Plan 38 permit, and so you are now seeing many projects under construction, most of them originating in the previous decade.”

Dadi Orion, manager of the Anglo-Saxon realtors chain branch in Kikar Hamedina, says, “The building rights in Rova 4 enable developers to build more than in Rova 3, and hence to make higher profits, which means that projects in Rova 4 are more economically viable than in Rova 3, 5, or 6.

“That is why the number of building starts in Rova 3 is much lower than in Rova 4, and we are seeing developers put all their energy and resources into Rova 4. Since the plots in Rova 4 are much larger, developers can build more spaciously for their end customers, and give residents greater value for money. That of course makes it easier to market these projects.”

Between June 2021 and June 2021, some 1,500 transactions carried out in this area were notified to the Israel Tax Authority. In almost all cases, the properties were new apartments, and in only a handful were 50-70 year-old apartments bought.

That’s no coincidence, of course. Part of the sought after area is the Sumail site, between Ibn Gabirol Street, Ben Saruk Street, Jabotinsky Street, and Arlozorov Street, where some 1,000 apartments are planned in several towers. 260 of them will be in a tower planned by Hagag Group, and 170 in a tower by Africa-Israel. Deals in these projects, which began two years ago at around NIS 55,000 per square meter, have now reached prices of NIS 70,000 or more.

These projects are, however, exceptional for the market in this area, among other things because they feature large underground car parks, which do not exist in National Outline Plan 38 projects, which are the main basis for new apartment construction in the area.

“The second-hand market in this area is not dead,” says Orion. “The market exists, but more apartments are being offered new than second-hand, and that makes itself felt. Fewer and fewer people are offering their apartments for sale, because in many cases a National Outline Plan 38 project is being promoted, and they prefer to wait.

“If someone does sell, they offer the apartment at a high price. You see second-hand apartments offered for sale at prices not far below those of new apartments.”

Recently, it has looked as though the market in general has calmed down from the craziness that prevailed in 2021. The number of deal recorded at the Israel Tax Authority so far this year is much lower than in the second half of last year.

A check of prices of apartments sold very recently in the new projects indicates that the price rise has halted, but it’s very hard to be sure of that.

“The market is very dynamic, and sometimes you see a temporary slowdown and immediately afterwards it goes back up again,” says Orion. All the same, he sees a clear change in the type of buyer. “During the Covid pandemic and last year, the buyers were mainly high-tech people who had made exits, and they bought an enormous number of apartments. Now, we are seeing fewer of them, and more people from other segments of the market: families from the area that want to upgrade, foreign residents, people from outside Tel Aviv who want to move in, and investors.” 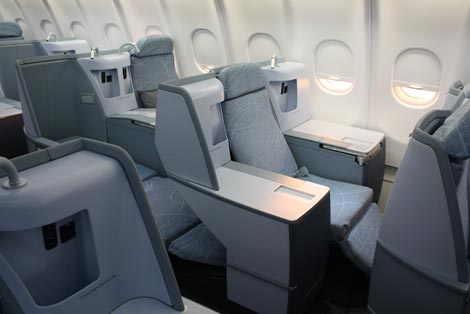 5 Publicity Hacks For Startups To Grow Your Business Now

What Should You Look For In An Online Advertising Agency?